Providence, Ohio, located in Holmes County, is one of the most gorgeous places on earth, with rolling hills and miles of open land. Due to our proximity to Amish country, tourism is a major part of our economy. The main town, built in a series of concentric squares, surrounds a darling area called the Village Green. An age-old clock tower stands in the middle. Shops line all the main streets—shops with adorable names like Sew Inspired Quilt Shoppe, The Country Kitchen, La Chic Boutique, and more.

I like all the seasons of the year, but late spring is my favorite time in Providence when dogwoods, azaleas, and daylilies are in bloom. I love to walk from my house to work, taking in the variety of colorful vintage houses like mine, and drinking in the scent of lilacs.

I have lived in Providence my whole life, taking only a few years off to attend college at OSU (Go, Buckeyes!). I grew up at Fromagerie Bessette, or as the locals in Providence like to call it, The Cheese Shop. My grandfather owned it and taught me all things cheese. Now in his seventies, he decided to give the shop to my cousin and me. The two of us decided we needed to expand and get with the times, so we gave the shop a facelift. Boy, did that increase business!

I am Charlotte Bessette. I’m in my thirties. Some call me perky. Most would say I’m a fixer by nature. I adore my family and friends, and I would do anything to help them. As I said, I love all things cheese. I have never married, but that doesn’t mean I didn’t want to. I was engaged once to Creep Chef—a nickname my friends gave the guy who ditched me at two a.m. in the morning to move to France to make his fortune as a crepe chef. I’m not disappointed. In fact, I thank my lucky stars he left, because otherwise I might not have met the man I love.

Jordan Pace is a local farmer and cheese maker who owns Pace Hill Farm. He is trained in the art of affinage (aging cheese in a very special way), but there is something more to him. He settled in Providence a mere five years ago. And before that? Anybody’s guess. It’s a mystery. He’s tall, dark, and handsome (think cowboy movie star, or actor Hugh Jackman, if that helps.) Jordan and I first met at a cooking class at a four-star Italian restaurant in town. I was so impressed with his ease around a kitchen. He was quite the flirt. When he arrived at the re-opening of The Cheese Shop with a bouquet of daisies and asked me out, I nearly swooned. How did he know my favorite flower? Who is he really?

Delilah Swain, one of my best friends, is the sassy, smart woman who runs The Country Kitchen Diner, which is cattycorner from The Cheese Shop. A former dancer/singer on Broadway, Delilah returned home when she realized she would never be a star. She took over at the diner from her father, though he still acts as chef. She makes one of the meanest grilled cheese sandwiches you’ve ever eaten. At times she can be quite silly, in a good way. For example, she encourages the wait staff at the diner to sing whenever a patron chooses an Elvis tune on the jukebox. During our childhood years, Delilah and I got into a lot of mischief. For fun and to keep her creative juices churning, she loves to help out at the Providence Playhouse.

My grandmother, Bernadette Bessette (I call her Grandmère) and my grandfather, Etienne Bessette. (who I call Pepèré) are the most delightful, giving, genuine people in the world. They raised me after my parents died. I was only three. They are transplants from France and occasionally lapse into their native tongue, but they love Americanisms and all things America. Land of the free! My energetic grandmother may be in her seventies, but she dresses and acts like someone in her forties. She is smart and funny. Many of the locals call her the “little general” because she is not only the mayor of Providence but also the theater manager for Providence Playhouse. My grandfather is now retired. He loves to putter, work on his roses, build birdhouses, and help out with sets at the theater. But he still loves cheese and sneaks into the shop to help so he can feed his cravings. Alas, Grandmère often puts him on a diet. But c’est la vie. One morsel here and there won’t hurt, will it?

Rebecca Zook is my main assistant at the shop. At the age of twenty-one, Rebecca chose to leave the Amish community and step into the modern world. She hadn’t lost her faith, just her desire to be cloistered. At twenty-two, her discoveries were the Internet and the wonders of Facebook and Victoria’s Secret. Since then she has curtailed her wonder and directed her energy to learning everything she can about movies, murder mysteries, and books. Curious to a fault, Rebecca is forever urging me to investigate the goings-on in town. She’s young. She has time to mature.

Matthew Bessette and Amy and Clair Bessette are my cousin and his twin daughters. Matthew used to be a sommelier in one of Cleveland’s finest restaurants, but when his wife ditched him and his daughters so she could go move back in with dear old Mumsie and Dad in England, Matthew returned home to Providence. He and the girls moved in with me. What a full house, but I love it! Matthew oversees the wine annex at Fromagerie Bessette, an adjacent space with a wine tasting bar and adorable décor. He and I are as close as brother and sister. The twins are adorable. Amy is dark, while Clair is light. Amy is a tomboy; Clair loves to read. PS Clair needs to eat gluten-free, a need to which I pay particular attention.

Umberto Urso, Providence’s Chief of Police, is also one of my best friends from grade school. Back then, we dubbed him U-ey because of the double U in his name. He is a linebacker-sized teddy bear of a man, the kind of guy you want on your team for kickball or flag football. Strong, forthright, ever alert. He was an Eagle Scout. He served as high school class president. At one point, when he headed up the town council, I thought he might leave Providence and go into national politics. Truthfully, he would make a terrific president. But he stuck around, and I’m thrilled.

Last but not least, there’s Rags, my Ragdoll cat, who is beautiful. His silver, rabbitlike fur is marred by one brown spot near the tail. He has the easiest demeanor in the world. He takes to the leash, as if he were a dog. Ragsis a bit of a scaredy-cat. When he was a stray kitten, he was attacked by an alley cat. The local animal rescuer took him in, and she gave him to me. He comes to work daily and sleeps in the office, away from food preparation. He does appreciate an occasional taste of cheese. 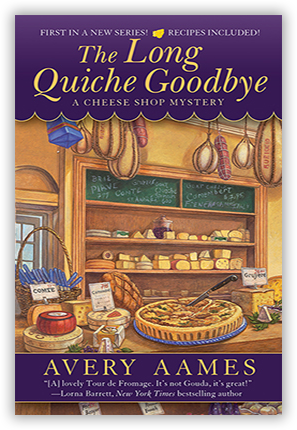 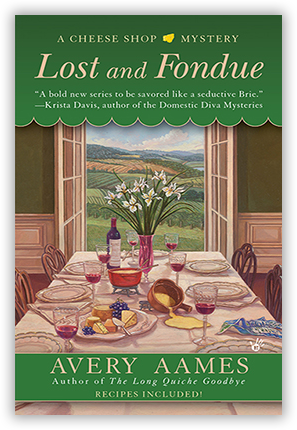 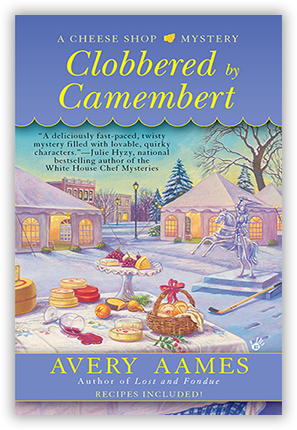 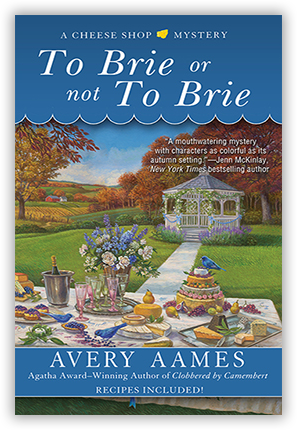 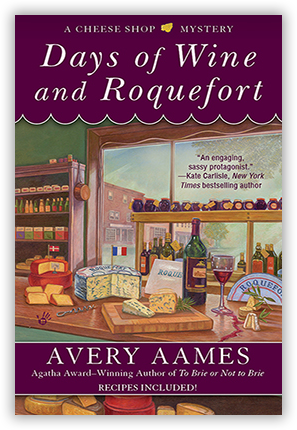 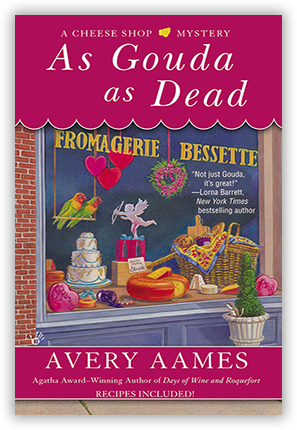 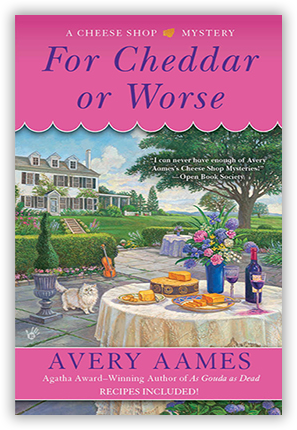 For Cheddar or Worse

As Gouda as Dead

Days of Wine and Roquefort

To Brie or not To Brie

Click on a cover to read the book club questions from that book.
Note: Daryl Wood Gerber is available to talk with your book club via FaceTime or Zoom. Please email Daryl to arrange a date and time.