The Girl on the Run World

Why Did I Choose to Write this Story

Yes, I am known for my cozy mysteries. I’ve been quite successful with the Cheese Shop and Cookbook Nook Mysteries, but before I wrote cozy mysteries, I wrote thrillers and suspense. I’ve always had an affinity for women in peril stories. I grew up reading books by Mary Stewart, Daphne DuMaurier, and Mary Higgins Clark. I still read thrillers by Lisa Gardner, Harlan Coben, Jamie Freveletti, and more. I’m a sucker for fast-paced books.

I enjoy suspense/thriller movies, too. During one, I had an aha moment—the moment when the spark of an idea for Girl on the Run came to me. I was watching the movie The Fugitive with my husband, and I thought: how can I turn this story on its head? Answer: write it with a female protagonist and make her the one running for her life.

I always start a story with the question what if? What if a woman living a lovely life in a blissful place suddenly wakes up next to her husband’s body and has no recollection of what happened? What if her father has been imprisoned for a crime he swears he didn’t commit? What if she believes that the sheriff, based on the sketchy evidence and her family history, will lock her up and throw away the key?

She has no other choice if she wants to prove herself innocent: Run!

I decided to set the story in the place I enjoy the most—Lake Tahoe, where I spent all my summers as a girl. I’ve always loved the area. It is idyllic and peaceful. Whenever I visit Tahoe, I breathe easier. I swim in its icy waters, and I feel revived and energized.

How could something bad ever happen in a place like that? According to an officer at the Mecklenberg Police Department, murder is extremely rare in Lake Tahoe.

But a mystery and suspense author often sees the dark that lurks in such an ideal place. That’s what can make a suspense/thriller a study in contrasts.

When I fleshed out the character of Chessa, I wanted her to live a normal life. I didn’t want her to be a detective or a professional of any kind. I decided to make her a former costume designer, now event planner at a casino. Why? Because I’ve always loved the theatrics of costumes. I asked myself what visual event could Chessa be working on that would be light to the dark and emotional theme of the novel? I came up with cosplay event (or costume play). However, I didn’t want to feature superheroes or Star Trekkian. When I landed on a fairy tale-style convention, I knew that would be perfect. When the idea to dress Chessa as a princess came to me, I was set. A princess is hopeful, upbeat, and expecting her dreams to come true.

But when her fairytale fantasy becomes a nightmare, she must run for her life!

About the Two Main Characters in the Story

In his own words

I love Lake Tahoe. I know its beaches and all its secret spots. At the age of thirty, I am now an event coordinator at the Boardwalk Casino and Hotel in South Lake Tahoe and currently in charge of the Happily Ever After Ball. Previously I was a costumer for the casino. My path to success hasn’t been easy. After my father, a talented artist, went to prison for a murder he swears he didn’t commit, I spent many years looking for my identity and being mistrustful of men. Along the way I toyed with the idea of becoming a journalist or lawyer. Something down to earth. Big mistake. When I realized nothing made me as happy as when I was sewing and creating costumes, I was finally at peace with myself. During my teens and early twenties, I suffered through a number of rocky relationships. A little over a year ago, I met and fell instantly in love with my current husband, Zach. At his urging, I gave up the idea of moving to a larger city to pursue bigger dreams.

Let me tell you a bit about Lake Tahoe. As I said before, I love it. The area is such a unique environment. Tahoe is a large, freshwater lake set in the Sierra Nevada Mountains, bordered by California and Nevada. You probably don’t know this, but it was formed by glaciers during the Ice Ages. Its elevation is a whopping 6,225 feet. Its deepest point is 1,645 feet, making it the second deepest lake in the US. It looks really dark blue and frighteningly scary as you float above that point. Lake Tahoe is known for the clarity of its water, its breathtaking vistas, and the crown of mountains that encircle it. What’s my favorite point? Maggie’s Peak, rising above Rubicon Bay, and Emerald Bay, but everyone loves Emerald Bay. FYI, Tahoe is home to many ski resorts and boasts a wide variety of outdoor recreation, including waterskiing, boating, hiking, and fishing. Lots of people go camping in Tahoe. Me? No way. Another FYI, more than 75% of the surrounding area is national forest land and there are a number of casinos on the Nevada side. Tourism is vital to the area. Come visit. You’ll see what I love.

I’m a detective in the Washoe County Sheriff’s Department. I grew up in Lake Tahoe, the greatest place on earth. My life’s journey has been a challenge. When I was ten, my mother died from an overdose. When I was twelve, my father abandoned my little brother Eddie and me. We tried to live on our own. It wasn’t easy. Luckily Pastor John discovered us and introduced us to our foster family. My foster mother Zelda shaped me for the better, but even by the time I made it to college, I wasn’t fully transformed. Midway through a semester, not sure what I wanted for my future, I joined the army.

When I returned to Lake Tahoe, ravaged by war and worse for wear, I found my calling as a sheriff. I love the outdoors. I like order. I don’t appreciate liars, cheaters, and worse. Zelda wishes I was married, but I’m not. Not because I don’t want to be. My fiancée, a complicated and troubled woman, left me. Déjà vu of my time with my mother? Yeah, maybe. I face the future. I don’t look back. 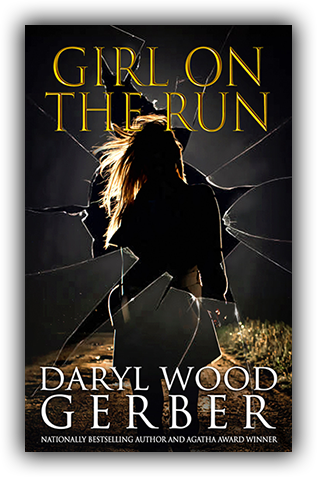 Listen to Daryl read a chapter

Click on the cover to read the book club questions.
Note: Daryl Wood Gerber is available to talk with your book club via FaceTime or Zoom. Please email Daryl to arrange a date and time.